We selectively take in only the information that feeds our existing views. There are whole news industries just for people like us.

As a result, we become more segregated.

Am I an ally to the struggles of Black America or am I not? As easy as it seemed at first for me to answer this question, I realized that in the wake of the most recent police shootings, I needed to look deeper within to understand what it means to care about and be invested in a people’s reality. To find the pain, the fear, the absolute trauma, I had to take myself to uncomfortable but necessary places. Here’s the story of my last month in this journey to examine my own White apathy.

Full confession, when Colin Kaepernick refused to stand for the playing of the National Anthem, it brought up a lot of stuff for me. My national pride was offended. I called it unprofessional. I said it was absurd that someone making millions playing for an American sports team should refuse to acknowledge that being born in the U.S. is a privilege.

That’s where my criticism ended. I didn’t dispute the realities he was protesting against; but merely the way that he did it. After all, I live in Chicago. I know the story, or so I thought I did. We truly don’t ever know anyone else’s story because we’re not living it. The closest we can come is to attempt to feel a story as if it was our own. This is where I failed. I hadn’t yet allowed myself to feel or be impacted by the shootings as if they were happening to people I know and love. That’s to say, I hadn’t allowed myself to feel love.

It’s in fact far easier to remain apathetic to the issues that aren’t touching our lives directly. Struggling through our own experience while being bombarded by horrific news, we stop paying attention. Tragedy surrounds us, after all. We’ve become so accustomed to it that we disconnect from our ability to feel empathy and real pain for people who aren’t us. We selectively take in only the information that feeds our existing views. There are whole news industries just for people like us.

As a result, we become more segregated.

I’m not ramping up to unilaterally blast the Blue, here. I am very appreciative of the policewomen and men who put their lives on the line every day to keep our cities safe. It’s extremely hard, dangerous work that requires tough decisions in the moment which I can’t even begin to comprehend.

I own though that I was losing touch with my empathy and as a result, my deeper concern for what it means to live in fear. Charlotte and Tulsa snapped me back into it.

If we wish to believe no problem exists, we create a reality in which that problem is hidden from view. We insulate ourselves and do not ask questions or dig deeper. For White people, this allows us to feel a little less guilty (White folks, stay with me on this one). We say we didn’t segregate Black communities, that we didn’t create barriers to mobility, that we didn’t close the schools, take away the jobs, construct the prison industrial complex or the system of endless poverty and despair that feeds it. We didn’t create the gangs or put guns in their hands.

Of course, no one of us did. We just went about our lives, supporting our ourselves and own families, doing whatever we needed to survive and thrive. Where probably most of us have failed is that as we do things to ensure our own viability; we tend to assume that if we could do it, other people should, too. This is where our failure becomes most apparent, for we make assertions about people’s ability to operate as we have without really asking them the question, “What is your reality?” and then following that up with a question to ourselves, “What would it mean if this is true?”

You can probably make a lot of guesses about what my life’s been, or that of the homeless person, the man with autism, the woman walking down the street wearing a hijab. Guesses aren’t evidence, though. They’re the part of the story that comes from us not asking questions and waiting for the answer from the people who are living these realities.

The ability to witness another person is entirely predicated on suspension of our own understanding. It’s to really ask to see the world through their eyes, grasp it with their hands, walk on it with their feet. When we even attempt to do so, we can start to see how blinding their reality can be, how difficult grasping is when everything feels just out of reach, how difficult it is to stand, let alone walk without falling.

The problem here isn’t that most of us who are White engage in cruel and demoralizing acts against persons of color (although some obviously do). Our greatest struggle, and the area where we most lose touch with our humanity, is that we really don’t listen to what is being protested against and ask ourselves the fundamental question at hand, “What would it mean if this is true?”

If we did, we could no longer remain complacent.

…humiliation represents a violation in human relationships. As such, it constricts our ability to engage others without the presence of fear. Humiliation is the backseat driver for adult experiences of being ashamed of our bodies or abilities, of doubting our worth or whether we are lovable enough for relationships. In fact, it may be stated that virtually any form of shame has its root in humiliation memories. 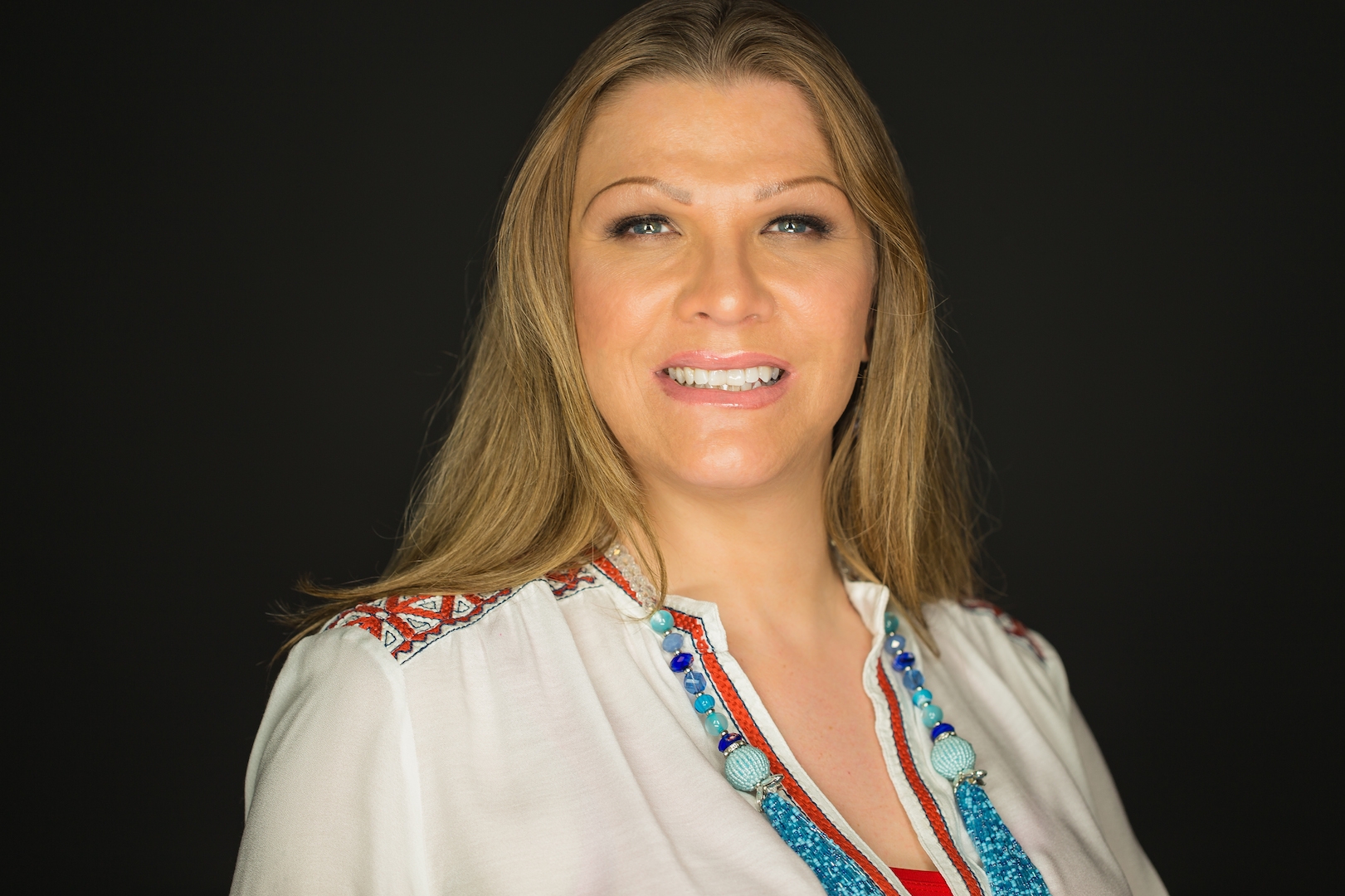 Humiliation. Just seeing the word brings to mind intense decades-old memories that even now probably cause you to cringe. The nature of this particular emotion is that each time we experience it, it cuts deeply, precisely, in a way that others don’t. Humiliation, and more precisely the fear of it, exists deep within our brains, driving much of what we do without us realizing it.

This doesn’t have to be true, though; and the hurts from our past don’t have to be guiding forces for our present day lives. To be clear, we can’t will memories from the brain. We can however substantially lessen the level of hurt that we experience when we recall them. To start down this path, I’m going to share with you a bit about how we experience and process humiliation.

It’s important to name humiliation for what it is: emotional and psychological trauma. In general, trauma occurs when we experience something profoundly disturbing and disruptive to the way that our brain has ordered the world. If you’ve been in a bad car accident for example, the experiences of being in that accident are all clustered together in memory: the sensory stuff you took in (sights, sounds, the jolting of your body), the confusion of what’s happening in the moment, instant fear for your safety and the safety of others in the car.

Humiliation memories are experienced in much the same way and contain an accompanying set of feelings, sensations, etc. Unlike car accidents however, humiliation memories represent a more challenging experience for our brains to process because they involve other people and are therefore violations of human relationships.

Another key feature is that our first experiences of humiliation were often those in which we were cast in the role of Other during the formative years of childhood and early adolescence. Intensely painful memories often came with messages we heard about our bodies and physical appearance (size, attractiveness, unique body features like large ears and birthmarks), early romantic interests (being exposed for feelings about another person), our abilities (trouble speaking or spelling, doing math, lack of athletic ability) or characteristics that were one-off from other kids’ ways of being (creativity and dreaminess, or behaviors that someone else determined weren’t boyish or girlish enough).

Each subsequent time that we experienced humiliation, whether for the same or a different set of issues, the same memory network was activated and fed with the new experience. Whereas we may recall different humiliating events, they’ll bring to mind similar emotions and sensations in much the same way that memories of being burned (whether by a match or a hot stove) do.

The problem with these types of memories is that they don’t remain tucked neatly into our past once we make it out of adolescence. As experiences of trauma, these memory networks continue to be activated. To understand how this happens, we’ll go back to the car accident example. It’s very likely that after the accident, you drove with a great deal more caution. You still may. Caution is a good quality when driving; however, it may be that conditions such as those that led to the accident (icy roads, rush hour, etc.) create such fear that you experience terrible anxiety, perhaps even panic about driving. You may avoid driving all together under these situations because the fear is so overwhelming. This is how memory networks function in a brain that’s experienced trauma.

As I stated earlier, humiliation represents a violation in human relationships. As such, it constricts our ability to engage others without the presence of fear. Humiliation is the backseat driver for adult experiences of being ashamed of our bodies or abilities, of doubting our worth or whether we are lovable enough for relationships. In fact, it may be stated that virtually any form of shame has its root in humiliation memories.

Let’s use the example of adults who have had a spouse or partner cheat on them or leave the relationship for someone else. The partner left behind doesn’t always just experience the pain of the moment and disappointment of an unrealized dream. What is also experienced is the resurgence of humiliation in feeling rejected, a theme for this particular form of trauma. This is why these experiences are so painful. When someone we love chooses to leave us, it brings to mind not only the pain of losing a relationship that may have existed through several years of our adulthood, but the more primal pain that exists from a time during childhood when the brain was still developing. We feel the loss with the longing of a rejected child who does not understand how or why rejection is occurring.

This is how humiliation trauma resurfaces.

The story doesn’t have to stop here, though; and experiences of humiliation do not need to hinder our growth. We can heal and learn to participate differently in our relationships. In the weeks to come, I’ll give specific strategies that you can use to begin addressing these pain points in your own lives and ways to protect your children from humiliation.